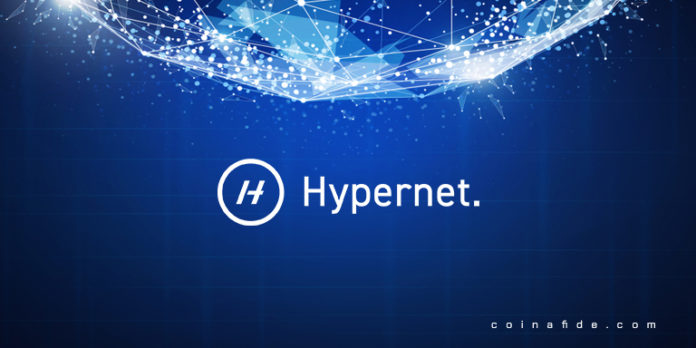 The Hypernet ICO and HYPR token sale are raising funds for a decentralized, distributed parallel computing network. Hypernet harnesses the idle computing resources of network participants to meet demand for processing power through a novel programming model and marketplace.

The core infrastructure includes a blockchain-based task scheduler and Distributed Average Consensus (DAC) API suite, designed to break the constraints posed by device availability and bandwidth fluctuation that limit the potential of other approaches to distributed computing.

Most distributed computing systems require raw data to be aggregated by a centralized authority at some stage while executing a task. Hypernet incorporates two elements of consensus that dispel the need for any centralized mechanism to process distributed data. A DAC-based decentralized computing engine facilitates execution of parallel computing tasks.

DAC provides a processing model for parallel computing among peers without any centralized task coordinator, allowing devices to seamlessly enter and exit the network while computation is underway.Instead of aggregated data flowing back to a single node, the entire network of peers reaches consensus on a final answer.

For organizing compute tasks, a blockchain-based consensus mechanism is employed to manage resources on the network, connecting buyers and sellers of compute power.

Hypernet is comprised of three fundamental components: a blockchain-based resource scheduling protocol, a containerized execution environment, and a DAC API.

Ivan Ravlich (Founder and CEO) founded Hypernet after a brief stint as a Plasma Physics and Rocket Science Researcher. From 2013 – 2017, Ivan pursued a PhD in Aerospace Engineering at Stanford University before taking a period of leave. He holds a Master’s degree in Aeronautics and Astronautics from Stanford.

Todd Chapman (Founder and CTO) has over a decade of academic experience in the field of Aerospace Engineering, in which he holds a PhD from Stanford. For the past six years, Todd has worked as a Graduate Research Assistant for Farhat Research Group, developing advanced computational algorithms and high-performance software for the aerospace industry.

Daniel Maren (Co-Founder) founded Dfly Systems in 2013, which was acquired by Sunpower a year and a half later. Daniel continued on with Sunpower as a Manager and Advisor for nearly four years before co-founding Hypernet. He is graduate of Stanford University with a major in Computer Science.

On the advisory end, Hypernet has enlisted the support of District0x Co-founder Joe Urgo. Joe previously spent three years as Operations Manager at Coinbase and has a background in the financial sector.

More information on the 12 member team and 4 advisors is available here.

The Hypernet ICO offers one of the first decentralized parallel computing networks, in contrast to projects that rely on grid computing, leaving them highly vulnerable to the issue of computers entering and exiting the network at random.

Distributed networks based on grid computing do not tolerate contributors dropping off the network when executing a task that requires communication between devices. Interruptions in the flow of data packets present a barrier to the types of tasks a distributed computing network can effectively carry out.

Networks based on grid computing such as Golem, SONM and iExec, require a consistent network topology of contributors to efficiently execute tasks. In such systems, mitigating the issue of unreliable nodes invariably contributes to an increase in network overhead and subsequent decrease in speed.

On Hypernet, DAC plays a crucial role beneath the blockchain to manage interprocess communication between disparate devices as tasks are performed with participants dropping on and off the network.While networks like Golem focus on specific tasks like rendering and iExec on decentralized cloud resources, Hypernet targets a wider array of use case scenarios enabled through the implementation DAC, such as high-performance computing and data analytics.

Aside from the high number of competitors in the space, distributed computing projects have a mixed track record of performance. While frontrunner Golem has fared well over the long term with a current ROI of 15x the ICO price, SONM remains only slightly above water at .32x and iExec at 1.82x.

Moreover, more competition is on the way from projects that have yet to enter the market like Hadronand Covalent, which are targeting similar markets (i.e. scientific computing and machine learning).

The strong technical background of the team and their novel approach to parallel computing on a decentralized network certainly help the Hypernet ICO stand out among the lot of distributed computing projects. Still, when it comes to the business realm, the founding team members have little hands-on experience growing a user base and scaling a product.

To grow a future customer base, partnerships will play a critical role for increasing both supply and demand of compute resources. As the value of any utility token ultimately depends on real demand for services offered through the network, a pilot-project to kick off ecosystem growth is essential. While the team has made clear their intention to develop partnerships with a range of potential users, no official announcements have been made yet.

The Verdict on the Hypernet ICO

The Hypernet ICO offers a novel technical approach to solve a major bottleneck facing blockchain-based distributed computing. While the project fundamentals appear promising on the tech front, the plan to onboard a strong target market customer base remains unclear at this early stage. Regardless, the Hypernet ICO shows potential as a breakthrough project in the distributed computing space.

We have been in discussions with the Hypernet ICO team and our ratings are based on conversations and information that they have asked us to keep confidential. Please note that our review does take into consideration the token data that has been shared with us, but we have been specifically requested not to share the token metrics that we have seen at this point. We will share them as soon as they are made available by the team.

As a Top 10% rated ICO, we will look to make a small bet on the Hypernet ICO.
We have rated hundreds of projects to unearth ICOs in which members of our team intend to invest.

We won’t often go into further depth on projects that we don’t consider as candidates for our investments after the initial rating process, which is why you will usually see our stamp on our detailed ICO reviews – they are the best we have found. However, on occasion, we might also rate a well-hyped project that does not meet our personal investing criteria. Please see our detailed disclaimer to the right (on desktops) or below (on other devices).

The Crypto Briefing Top 10 stamp is awarded to ICO projects that we rate in the top 10% of all projects.

HYPERNET ICO REVIEW SCORES
The Hypernet ICO has the same opportunities and the same drawbacks as several recent projects we’ve reviewed. A team of outstanding tech experts is the backbone of any attempt to create the epochal change that takes us from the Information Age to the Decentralized Age: but since there are so many competing solutions, it doesn’t take a class in Business 101 to understand that the successful project may not even be the one with the best tech… it will be the one with the most successful partnerships, marketing, and the killer app that drives adoption. With that in mind, we see Hypernet as a promising technical solution for decentralized computing, and we’re hedging our bets on their currently-unarticulated plans for growth.
Founding Team7.6
Product8.4
Token Utility9
Market8.5
Competition7.8
Timing7.5
Progress To Date4.8
Community Support & Hype7.3
Price & Token Distribution6.1
Communication8.8
UPSIDES
Project takes novel approach to distributed computing
Team has strong technical background
Strong community support for project
DOWNSIDES
Founding team members have limited track record building and scaling projects
Pilot-projects or partnerships yet to be announced
7.4
MORE HYPE PLEASE
VIEW WHITEPAPER

The team at Crypto Briefing analyzes an initial coin offering (ICO) against ten criteria, as shown above. These criteria are not, however, weighted evenly – our proprietary rating system attributes different degrees of importance to each of the criteria, based on our experience of how directly they can lead to the success of the ICO in question, and its investors. 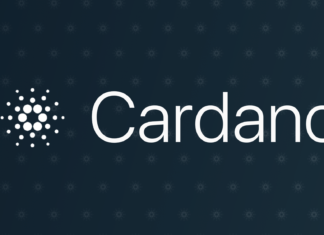 Cardano News Today – Cardano is one of the most promising blockchain projects out there. While it isn’t in the top five, Cardano is...

ADENE.IO – the newest player in the NFT Market, takes the... 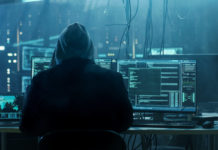 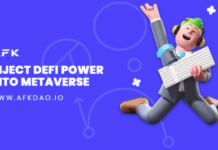 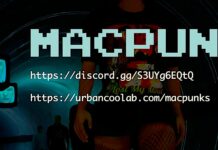 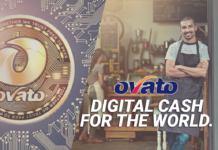